How to protect the soil from over compaction?

Home > News > How to protect the soil from over compaction?

The problem of soil compaction has been very acute lately. This is due to active agricultural production, the emergence of a large number of heavy agricultural machinery, imperfect organization of crop rotations.
Soil density is affected by many factors and there are many ways to avoid or eliminate the consequences.

Influence of heavy machinery on the condition of lands

In our article we want to show you how different agricultural machinery designed for harvesting affect the soil.
During the hot harvest season, farmers rush to harvest the grain as soon as possible and transport it for storage.

It happens that they ignore the advice of equipment manufacturers and drive grain trucks into the fields. These are usually trucks with trailers or dump semi-trailers.
Doing so is highly undesirable! Heavy machinery leaves deep tracks, especially if the soil is moist.

We were able to see this at the recent agricultural event “Battle of the Agrotitans”, which took place in the village. Steppe, in the Kyiv region, in the fields of “Tak Agro”. It rained on the eve of the event.

In the photo you can see 2 units of equipment – an aluminum semi-trailer dump truck NPS 2650 and a storage hopper reloading BNP-30.

Even the naked eye can see that a light semi-trailer (not loaded with grain!) Left the track on a wet field, passing only once. Instead, the heavier hopper did not leave such traces and did not adversely affect the soil structure.

For a better comparison, we have taken a series of photos that we share with you.

The difference is obvious!

Why is compaction so dangerous and what does it carry to the soil?

The problem of soil compaction in Ukraine is rapidly gaining momentum. However, so far, unfortunately, not everyone understands the threatening consequences of overcrowding.
These are:

Overcompacted soil can be restored and saved, but it is necessary to make every effort, develop a range of measures, invest resources and funds.
It is much easier to avoid this problem than to eliminate it later.

Therefore, we, as equipment manufacturers, advise farmers to use the equipment correctly for harvesting. Do not allow grain trucks to enter the fields.
Let the combine work with a tandem of a storage hopper and a tractor, which will easily and without damage bring the grain to the edge of the field, where a grain truck is waiting for it.

This will not only save time and money, but also save your fields from ruthless exploitation. 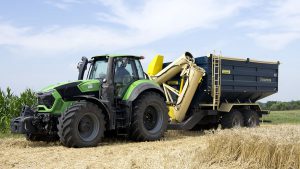 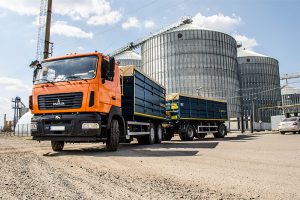 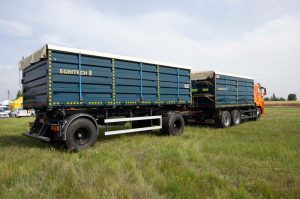 The Company’s team congratulates everyone who defended and defends Ukraine❗️🇺🇦 We wish you good health and VICTORY❗❗ We believe in the indomitability of your...

It is good when new equipment 🚜 works in the fields 🌾🌾🌾, but it is even better when there is someone to consult and...

New items on our stand

Are you looking for reliable equipment for grain transportation 🌾🌽🌻?Then you come to us ❗️Visit our stand at the XII International Exhibition of Innovative...

We welcome guests at the stand!

The General Director of the Federation of Employers of Ukraine Ruslan Ilyichov visited our stand, talked to the CEO of the Company Oleg Averyanov...

The exhibition “Grain Technologies 2022” has started!

A good host is preparing for the harvest – right now!Our equipment will help you to transport grain in time, efficiently and reliably! At...

Our technology falls in love with itself❗ We put so much effort into the preparation for the exhibition “Grain Technologies 2️⃣0️⃣2️⃣2️⃣” that we forgot...